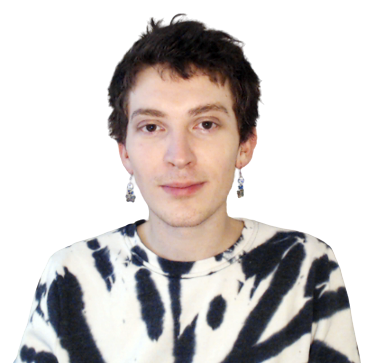 Hi! I'm a freelance software hacker with a focus on functional design and web technologies.

Check out my projects, learning resources, and blog posts.

Why write a Bash script when you can use Clojure?!

When it comes to relational databases, I love using PostgreSQL. It's fast, featureful, and very well documented. Postgres provides executables for backing up and restoring databases, called pg_dump and pg_restore respectively. You can read about them here. For a long time I was typing these commands manually, but then I started desiring a script that could somewhat automate the process with timestamp filenames and confirmation prompts. So I started writing a basic shell script. But of course, writing shell scripts is a challenge for the majority of developers who aren't extremely familiar with the syntax. I'm certainly not a Bash expert. Whenever I find myself writing loops or conditional expressions, I quickly grow tired and consider alternatives.

In the past this was Python, but since I began falling head over heels for Clojure, I much prefer it over other languages. Luckily, the Clojure community has some amazing open-source contributors like Michiel Borkent AKA @borkdude. Michiel created an amazing tool called Babashka which (from what I understand) compiles a subset of Clojure into Bash, making it possible to write Clojure code in scripting situations without the startup penalty of JVM Clojure. This means you can write Clojure programs that execute seemingly instantaneously. Let's look at an example.

Typically, Babashka executes code inside of standard .clj files. As of version 0.4.0, Babashka ships with a feature called "tasks" which executes Clojure code inside of the bb.edn file which Babashka uses for configuration. For example, a bb.edn file with a simple task that removes a local directory called target could look like this:

And you could run this task with bb run clean or the shorter version bb clean. Running this task on my computer takes about 26 milliseconds.

To get a sense of how fast Babashka starts up compared to JVM Clojure, this is how long it takes JVM Clojure to print out a single line of text to the terminal:

1594 milliseconds! Not exactly the performance you want for simple and short Bash-like scripts.

So after playing around with Babashka for a while, I decided to write some Babashka tasks that could backup and restore my databases for me. Here's what I came up with:

Now I can simply run bb backup and bb restore when I want to interact with my backups. It's so much easier than manually typing in the pg_dump and pg_restore commands, and in my opinion this code is much more readable than a shell script that could do the equivalent. I'm definitely biased because I love Clojure and dislike shell scripting, but I think many beginner programmers would also agree!

Here's what it looks like when I want to backup a database:

And when I want to restore from a backup:

An overview of the pg_* commands I'm using within this program:

For short and sweet Bash-like scripts, Babashka is incredible. If you also enjoy using Clojure and need to write shell scripts, definitely consider using it! And feel free to take these Babashka tasks for backing up your own PostgreSQL databases!